Hydrogen peroxide is a product easy to find in stores because it is considered one of the safest natural disinfectants. By oxidation, a controlled combustion process, this product can completely eliminate microorganisms.

Hydrogen peroxide is commonly used for medicinal purposes, but has other uses in the household, especially for cleaning. If you are looking for ecological alternatives for cleaning products, hydrogen peroxide has many outstanding properties that may be useful to you.

• Hydrogen peroxide is a very economical product and can become your ally in house cleaning. In a spray bottle, dilute equal parts of hydrogen peroxide (3% concentration) and mineral water. Use this mixture to disinfect the bathroom, the kitchen countertop, the stove and many other surfaces. This product is very effective and is a great alternative for chemicals based cleaning products that can harm you.
• In order to clean the dishwasher, just spray some hydrogen peroxide in the soap compartment.
• Hydrogen peroxide can be a wonderful bleaching agent for whites. This product can remove stains from drinks, red wine, blood, etc. If you have a bloodstain, just pour hydrogen peroxide directly on it, wait a few minutes, rub well and rinse as usual.
• Put the toothbrushes in a little hydrogen peroxide. You’ll get rid of bacteria and viruses that can accumulate on the toothbrushes.
• If you have pots or pans you couldn’t remove the burned debris out of them, prepare a paste of baking soda and hydrogen peroxide. Rub the mixture into the problem areas. Let the mixture act a few minutes, then rinse thoroughly.
• In order to disinfect fruits and vegetables before eating them, mix one part hydrogen peroxide with two parts water.

• Many people don’t know that hydrogen peroxide can be used as a mouthwash. It can prevent problems caused by viruses and bacteria. This product is economical and helps whiten your teeth. Use 3% concentration.
• If you want to prepare a natural toothpaste with whitening property, mix 3 parts baking soda with one part hydrogen peroxide. Use this mixture to wash your teeth.
• Hydrogen peroxide is not a painkiller, but it can reduce toothache due to its antiviral, antibacterial and antifungal properties that combat infections.
• Teeth will get whiter if you regularly use hydrogen peroxide for cleaning them.
• If you want to naturally bleach your hair, prepare a mixture of 50% hydrogen peroxide and 50% water. Spray the solution on wet hair after taking a shower. The change is not very obvious, but the hair will gradually discolor after repeated use.
• Hydrogen peroxide can improve marks left by pimples on the skin. Apply it directly to the affected areas using a cotton swab. 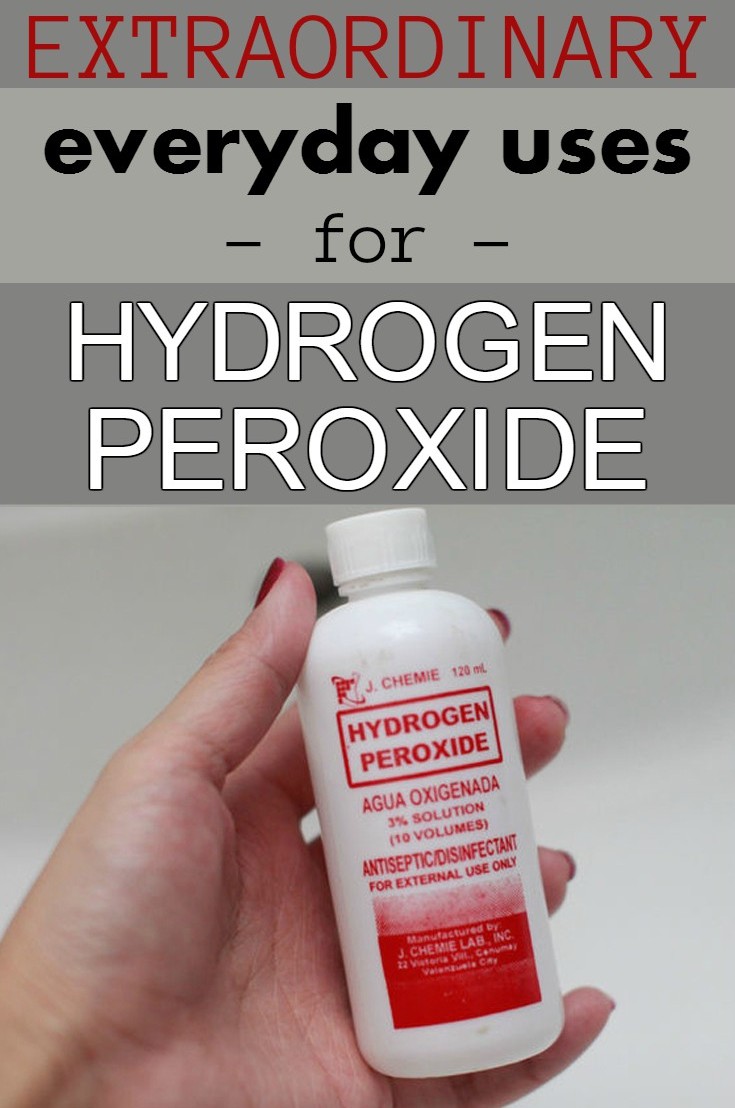 Momma’s Effective Way To Remove Pee Stains From Our Mattress

How to remove burnt-on grease from pans and pots (VIDEO)

How To Wash And Whiten Yellowed Pillows

3 tricks to get rid of mold