Imagine this: you’re headed out on your next big road trip adventure. You’ve carefully packed your bags, stowed away snacks, filled up your gas tank ahead of time, and found the perfect routes to get where you want, with amazing sights along the way. It’s only when you’re greeted by a dreaded “click” after placing your key in the ignition that you realize you’re not going anywhere. At least until you jumpstart your battery.

Don’t fret! Reviving your battery doesn’t need to be filled with sparks and hours wasted. Just follow these simple steps to get powered up and back to your vacation. 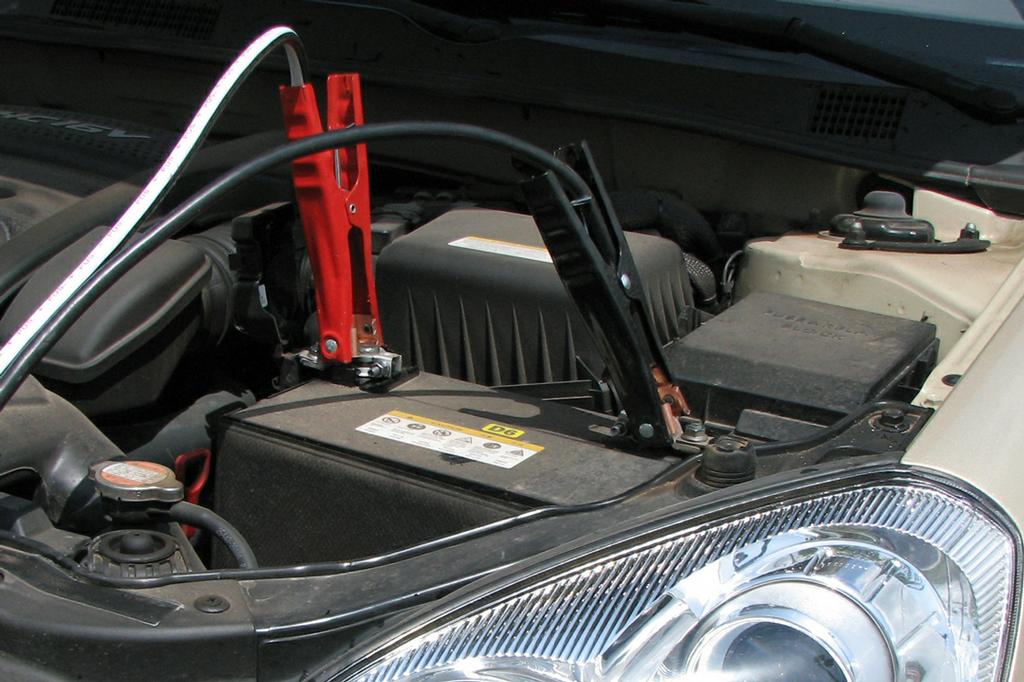 If the dead car is only mostly dead, or if the engine is really small and starts easily and the cables are really good, then there’s not much need for waiting. If the cables can supply the whole starting current, you might as well start it up and get on with your day.

But if the dead battery is really flat, it’ll be sinking all the current the cables are transferring, and the starter won’t have much to work with if you try to crank it immediately. Worse if the cables are thin, long, or have poor contact. In this case, giving it a few minutes to let the dead battery absorb some charge is the only way to get it started. When you do crank the starter, the local (recently dead) battery will have something to contribute, helping rather than hurting the effort.

If the dead battery is damaged/defective/shorted, then all the starting current will have to come through the cables regardless of whether you wait or not. And once the dead car is started, that bad battery will likely further destroy itself over the next few minutes by gobbling energy from the alternator and turning it into heat. So, hie thee to an auto parts store and swap it immediately!

In all cases, there’s a small but nonzero chance that the alternator in the donor car may burn itself out trying to maintain voltage on a system where so much current is being drawn by the dead car during crank. So the safest technique is to let the cables transfer charge for a while, then shut off the donor car, so the alternator isn’t spinning while the dead car is cranking. This requires the batteries to perform the entire starting task without help from the alternator, so the chances of a start are somewhat lower, but the chances of damage are basically eliminated. It’s also the one reason that thinner crappier cables can be an asset — they essentially form a current-limiting resistor during crank.

🔴 FAQ: Why would you not do negative-to-negative? Why does it needs to be on bare metal?

🟢 Answer: The negative terminal is the ground and is directly connected to the metal of the car chassis/engine/etc.. Rapid charging can release hydrogen gas from the battery. Jumper cables have a tendency to spark when the circuit is made/broken. So for the first connection removed, it is best to do it away from the battery on a bare piece of metal so that the spark can’t ignite the gas.

Ckeck out the steps in the image below: 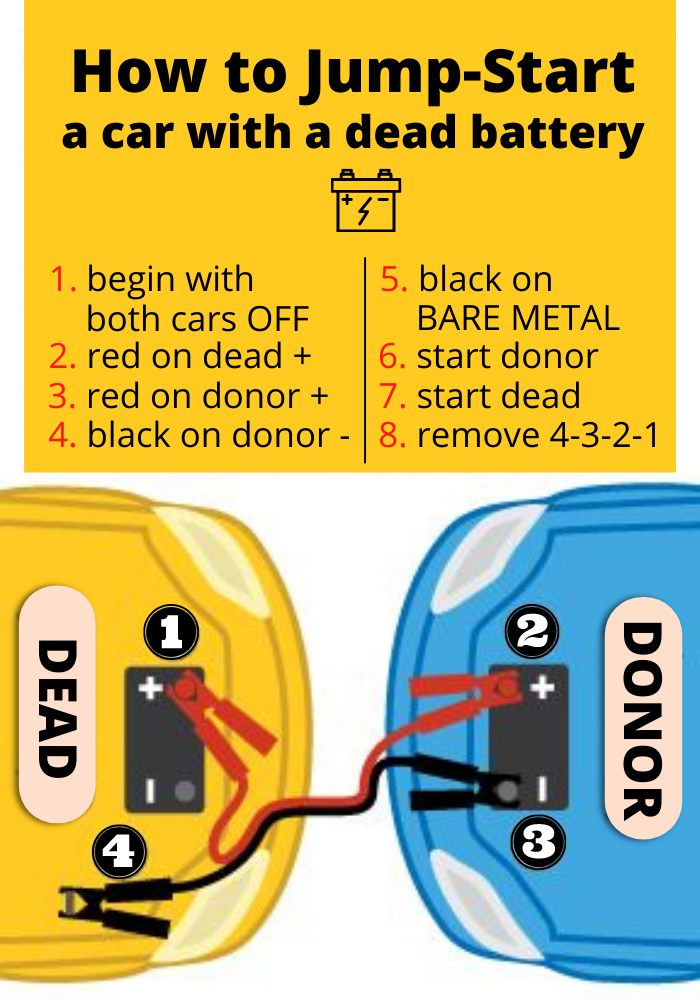 How To Get Rid Of Bed Bugs Permanently

How To Keep White Mesh Sneakers Clean And Odor-Free

How to clean tile joints without expensive detergents

How To Deep Clean Your Car Using Only Natural Solutions