Fruit flies appear from nowhere, and it is not very pleasant when they invade you home. Nut, below you have 5 handy tricks to get rid of fruit flies around the fruit basket and your home.

Apple cider vinegar trap
Put apple cider vinegar in a container with a funnel inside. The funnel can be also made of paper.
Instead of the funnel, you can also use a plastic foil where you can make some small holes in it.
Fruit flies will be attracted by the smell of apple vinegar, will enter the container, but will not be able to get out.

Red wine trap
Use the same trap, but instead of vinegar, use red wine. You will find them inside, floating, because they’ll get drunk, of course.

Vinegar trap and a piece of fruit
Put a piece of fruit (apple for example) in a container, and add warm apple cider vinegar over it. Put the funnel or perforated plastic foil over tit.
Fruit flies will be attracted by the flavor of these two delicacies.

Milk, sugar and pepper trap
In 1850, this method was used by farmers.

Mix milk with sugar and pepper in a saucepan, and put it on medium-high heat. After the sugar melts, reduce the heat and let it boil for another 10 minutes.
Put the solution in small containers then spread these containers over your house. Fruit flies will come to taste but they won’t be able to get out of the trap.
The mixture is dense and sticky for them. 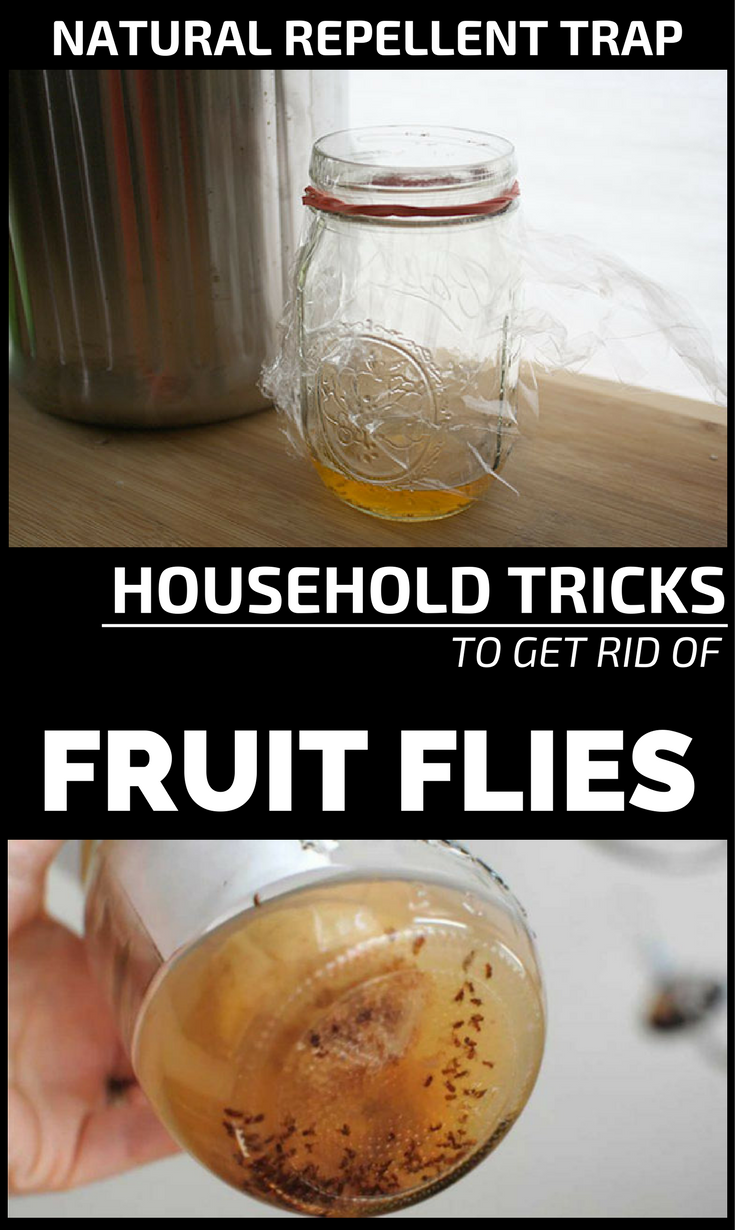 How To Remove Denim Dye Stains Out Of Leather And Fabrics

5 Natural Methods To Clean Your Mattress That Never Fail

No More Bad Habits! How To Remove Nicotine Stains From Painted Walls

How to get rid of mold without using toxic cleaning products

After Christmas Cleanup: How To Remove Candle Wax From Any Surface